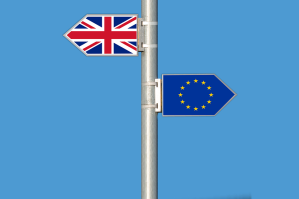 While I think the 2016 vote in the UK to leave the European Union was a regrettable decision in most respects, it is at least turning the headlights on one of Britain’s long term educational failings; the ineptitude of policy makers to encourage young people to commit to learning languages. Brexit was a decision that divided the nation, but there is one thing that everyone can now agree upon. In a post EU landscape, Britain will not be able to negotiate the new trade agreements around the world with the accompanying diplomatic efforts needed, relying on English as the language of negotiation (Quartz, 2017). The British need to learn languages, and fast.

There is a significant negative economic effect caused by the nation’s monolingual state. “Government statistics show that the UK is already losing £50 billion a year due to poor language skills with an over-reliance on one language affecting business turnover, profitability and expansion to new markets” (The Independent, 2017). The Government needs “a national plan to ensure the UK produces the linguists we need to become a world leader in global free trade and on the international stage” (British Council, 2017).

And the effects go beyond the state of the economy. In the words of Baroness Coussins, Co-Chair of the APPG on Modern Languages, “Brexit must make the UK’s language skills a top policy issue. Language skills are vital for our exports, education, public services and diplomacy and we will not be able to carry on relying on other EU nationals to plug the gap” (British Council, 2017).

The reality of Brexit seems to have a triggered a short-term response from the British public. “Languages app Lingvist says it has seen a 91 per cent increase in UK users since the EU referendum, having compared its user base during the nine months before the vote to its user base in the nine months after the vote” (The Independent, 2017). This may seem encouraging until you consider that the long term trend in dedicated language study in schools and universities is in decline.

Applications to study foreign languages at university dropped to a ten year low in 2015 meaning that there will barely be enough recruits to fill the language teaching posts that the secondary education system requires, let alone produce the countless other graduates needed to support the economy through developing trade overseas, negotiating on behalf of the government and performing international legal services for the country. The problem “goes back a long way, to 2004 when modern language was scrapped as a compulsory GCSE subject” (The Telegraph, 2015).

Time for a Bilingual Revolution

Currently in the UK our system is almost exclusively one of Mainstream Education with Foreign Language Teaching which provides foreign language lessons as a subject in the curriculum. Enrichment is limited and low levels of bilingualism are achieved. This is compounded by the fact that language education has only recently made a return to our primary schools. As Louise Tickle in The Guardian (2013) put it, “Learning a foreign language is difficult, right? Well, yes it is if you start at 11, only do it for three years, get the bare minimum of curriculum time, have your classes so spaced out that you forget what you learned last Wednesday when it comes to the next lesson on Tuesday, and never get to apply your skills, so it’s all theory and no practice (let alone pleasure).” This is a far cry from education for the achievement of bilingualism.

Whilst many other countries have long embraced bilingual education from an early age, there are currently only a handful of recognisable bilingual programs in the whole of the UK. Bilingual education is currently little known or understood. Internet searches reveal countless jobs for bilingual teachers and consultants in the USA. The same searches in the UK draw a complete blank.

Therefore, the case for a new and dynamic approach has never been stronger. Bilingual programs produce functionally bilingual and bi-literate students in a relatively short space of time. Crucially, these students are able to learn and assimilate a range of content in both languages (maths, science and humanities subjects) giving them a much broader vocabulary. They are then able take on university programmes which combine high level subject knowledge with language ability. Bilingual students retain their bilingual ability and leverage it in their working lives and they have much greater awareness of the cultural subtleties that go hand in hand with knowing a foreign language, knowledge which they use to their advantage.

The benefits of bilingualism in terms of improved literacy, self-confidence and intercultural ability are well documented. With a clear vision and support from stakeholders, a well staffed bilingual school can provide all of this and more to its students at not much greater cost than running a monolingual program. Surely it is time for a bilingual revolution in the UK.

Ridealgh, K (2017). The best way to prepare for life after Brexit is to teach kids a second language. [online] Quartz. Available at: https://qz.com/955467/the-best-way-to-prepare-for-life-after-brexit-is-to-teach-kids-another-language/ [Accessed 28 Aug. 2017].

Each week I’ll be adding something interesting or entertaining from the world of bilingual education. This week, how UK businesses are losing out because of a lack of language skills and cultural awareness.

Why you are here

You are possibly a student, a teacher or a parent with a great interest in bilingual education. You think that bilingual schooling is vital, that it is complex and it is therefore important to get it right. Or, you might also be a student of bilingual education who is looking to learn more about the debate over bilingual education and to find a balanced discussion of the topics with links to academic resources. Alternatively, you are an academic adding your thoughts to the discussion. Finally, you could just be someone who thinks bilingualism or multilingualism is cool (which it clearly is) and sees it as a route to a more peaceful a harmonious.